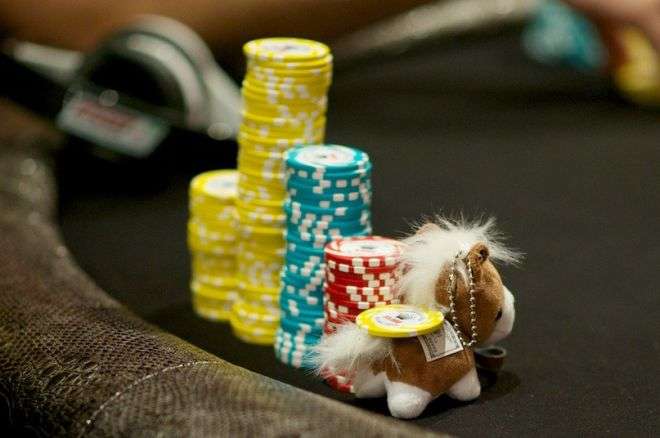 Wear charms or red clothes, do not cross your legs and avoid using your left hand, any practice is valid in order to keep bad luck away.  Even when success in poker is a combination of chance and skill , there are certain superstitions that would affect, for better or for worse, our relationship with the goddess fortune.

Indeed, in this culture of “Pokerstition” we have practices that attract good luck and others that repel it: some hands have earned the reputation of being “bad omen” and certain habits would be the key to success in a tournament . Do you know them? Here are some of the most popular superstitions in the poker world:

It’s all on the cards

Superstition start before picking up the first card : there is a belief that the cards should not be seen before they have finished dealing. A belief with some logic, since your reaction can be perceived by players who are not yet focused on their cards and give them a certain advantage.

There is also the habit of blowing or spitting the cards before playing, which would bring good luck.

It is recommended not to raise your cards with your left hand if you want to be successful. For centuries this movement has been associated with evil and, therefore, bad luck.

Having two jacks is considered the most unfortunate hand in Texas Hold’em and therefore would be a bad omen for whoever holds it. This is one of the superstitions of poker to have some rationale, as it is one of the most difficult and often worst used combinations in the game.

There are not two “American Airlines”

Two Aces are also cause for concern, although to a lesser extent. Having them in hand would mean that repeating the feat on the next play is virtually impossible, affecting the judgment (and winnings) of the players.

This is one of the superstitions of poker based on Christian beliefs. Since 6-6-6 would be the number of the antichrist, some players, having this figure in their hand, decide to withdraw in order not to participate “in some diabolical action.” Perhaps some of them are not encouraged by roulette either, since the sum of their numbers is also 666.

Many of the existing superstitions in the world of poker are in some way related to the table where everything happens. The first rule is never to count the chips, it is not only considered in bad taste but also bad luck (although knowing what your resources are is an essential part of the game).

Second, you may have a tendency to sit cross-legged . According to the superstitious, with this you are basically making the cross of good fortune. On the contrary , you can cross your fingers all you want to bring it to you.

There are also players who are bothered by others placing their feet on their chair, so what should be on the list of the most absurd superstitions is that you should not whistle or hum so as not to disturb the goddess fortune.

If you see a player wearing red during a game, it is not about fashion or personal style. In Asia, this color is a symbol of good luck , and its use has become a fairly common practice in the world of poker.

An amulet, an outfit of luck

Beyond the color, some prefer to always wear the same outfit , commonly one that has brought great profits in the past. An example of this practice was Konstantin Puchkov, who wore the same shirt in every game during the World Series Of Poker (WSOP).

It can also happen that the outfit is not special because of its meaning or its color, but because it is dirty. Despite the reaction (or feeling) that this may bring to the other players at the table, this superstition expresses that bad luck can be dissolved by wearing dirty clothes to play.

One of the most common superstitions is to find miniature objects next to the players’ tokens, who use them as amulet for good luck. You can find any kind of object, from a classic rabbit foot to a Messi figurine.

When superstitions pay off

Some players attribute part of their success to their various hobbies: 10-time WSOP winner  Johnny Chan  always has an orange next to him on the table. At first he smelled them to rid his nostrils of cigarette smoke (when you could still smoke in casinos), but today he is an inseparable element of this famous poker player.

For Steve Danneman, his victory at the 2015 WSOP was due to good luck and certain habits: He wore the same visor and jersey for the seven days of the poker event. Also, he always took taxis that had even numbers and never used the front door. If true, these superstitions helped him earn $ 4.2 million, a sum that would perhaps shake the belief system of more than one.

How to play poker: main attractions of the game